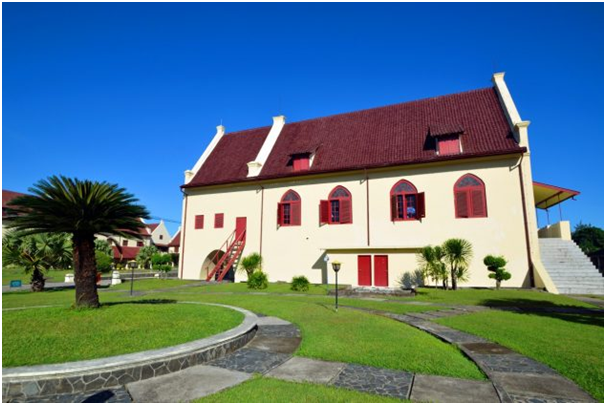 Indonesia has a thick history of the kingdom. This island nation was ruled by the great kings of its time, who came from many kingdoms throughout the archipelago. One of them is the Makassar Kingdom.

The greatness of the kingdoms in Indonesia can be seen through the buildings of the former relics. You will be amazed by the architecture, sturdiness, and the story behind it.

The Forerunner of the Makassar Kingdom

The island of Sulawesi, with its four peninsulas facing a different sea, becomes the territory and home to various tribes. Each formed a small kingdom, including the Wajo Kingdom, the Soppeng Kingdom, the Bantaeng Kingdom, and the Luwu Kingdom.

The Makassar Kingdom itself was born from two kingdoms, namely the Gowa Kingdom and the Tallo Kingdom. The two kingdoms are believed to have the same lineage. Both have different potential and power.

The Kingdom of Gowa is famous for its agrarian potential. Meanwhile, the Tallo Kingdom, located closer to the coast, excelled in terms of access to trade by sea. The two kingdoms were united during the reign of King Gowa IX.

The union of the two kingdoms was under oath “La iannamo tau ampasiewai Gowa na Tallo iamo nacalla rewata.” The oath means, “Whoever divides between Gowa and Tallo, will get woe from the gods.”

The merging of the two kingdoms created a strong empire in agriculture, rice, spices, and maritime affairs; in this case, the work has a strong naval fleet, which supported trade and shipping. The Makassar kingdom also grew rapidly and suddenly became an amazing place.

The strategic location of the kingdom also contributed to the spread of Islam in the Sulawesi region. Changes were made for the advancement of the kingdom. Including building several places or landmarks that will become the legacy of the Makassar Kingdom.

Legacy of the Makassar Kingdom

The valuable and historical heritage of the Makassar Kingdom is the main attraction for the tourism sector of South Sulawesi. Many domestic and foreign tourists visit every year.

If you plan to explore the region and travel history to various places in Indonesia, heritage buildings from the Makassar Kingdom must be included in the list of places to visit. What is it? Check out the following review!

The exciting thing about Somba Opu Fort it’s material when it was first made, namely clay and egg whites. However, changes after changes continue to be made for a more robust structure.

Somba Opu Fort has a strong history for the Makassar Kingdom. Because the center of the kingdoms of Gowa and Tallo is in this fort. People’s lives are around the fort. Starting from the village, trading activities, and others.

The construction of Somba Opu Fort began in the 16th century. According to history, its existence was tough to conquer by the invaders. Its quite important role, namely the center of the spice trade, made the Dutch want to control it.

Inside the fort, you will see a 6 meter long cannon weighing about 9.5 tons. In addition, you will also see traditional buildings which symbolize that the Makassar Kingdom unites all the kingdoms in South Sulawesi.

The port of Paotere became a relic of the next Makassar Kingdom. He is a silent witness to the hectic flow of international trade taking place in this region.

Paotere Harbor brought together many merchants from various nations. This port is also the departure point for the royal fleet when going to war or trade. Paotere became the gateway for the delivery of various commodities from the archipelago to abroad.

Fort Jumpandang or Fort Ujung Pandang is the original name of Fort Fort Rotterdam before being controlled by the Dutch. It is one of the relics of the Makassar Kingdom, which was built in 1545, precisely during the reign of King Gowa IX named I Manrigau Daeng Bonto Karaeng Lakiung.

Initially, Jumpandang Fort was made of clay. However, the construction was changed to make it more sturdy using solid stone from the Karst mountains originating from Maros. Judging from its shape, this fort is like a turtle. This is by the philosophy of the Kingdom of Gowa, namely victorious on land, victorious in the sea.

Jumpandang Fort was originally the headquarters of the Gowa Kingdom’s frog army. Unfortunately, in the Bongaya Agreement, this fort had to be handed over to the Dutch. Its name was changed to Fort Rotterdam.

After falling into the hands of the Dutch, this fort functioned as a storage warehouse for spices that came from eastern Indonesia. Automatically, all forms of activity here.

The Balla Lampoa Museum is a residence for the descendants of the Makassar Kingdom. This museum was founded by King Gowa XXXV or I Mangngi Mangngi Daeng Mattutu. It is located not far from the center of Makassar City, which is only 30 minutes. Balla Lampoa itself in Indonesian means “House of Greatness.”

When visiting the Balla Lompoa Museum, you must also visit the Tamalate Palace, which is still in the same area like it. The Regent of Gowa built Tamalate Palace in the 1980s.

Both historical buildings have beautiful architecture and are full of history. Various heirlooms and royal relics are stored there.

The remnants of the glory of the Makassar Kingdom are depicted in these relics. As the younger generation, it never hurts for us to remember the greatness of a kingdom that once existed in Indonesia by visiting it.

Are there any plans for a vacation to Makassar shortly? If so, Visit Wonderful Indonesia, and don’t miss out on the magic!

Top 5 Reasons Why You Should Buy an Inflatable Paddle Board