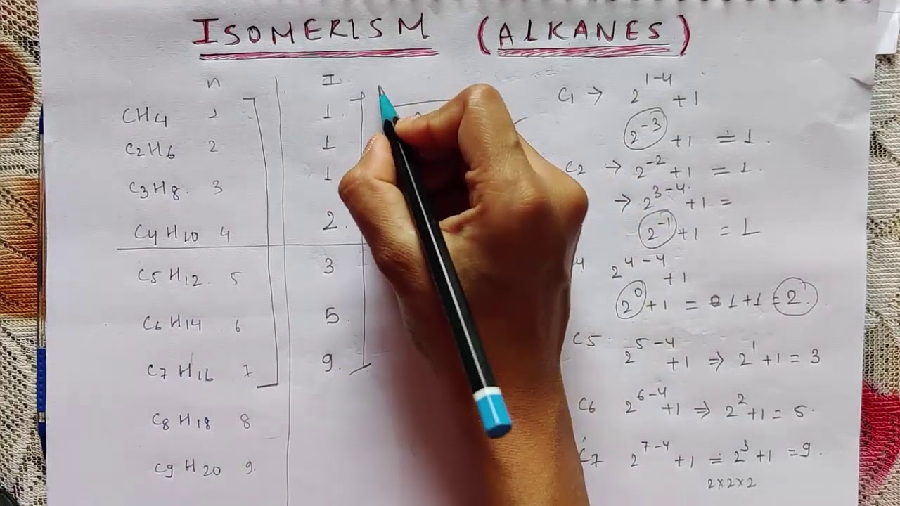 Is The ‘Isomerism’ Chapter Difficult?

No, it really isn’t. But if it could be possible that some students may find it difficult, maybe they aren’t interested in the topic, or just are not able to grasp it. All of these problems and more can be solved using the way you learn your subjects, and where you learn them from. The platform and method you choose to learn will make your learning sessions go smoothly and be interesting at the same time. Everything is hard before it is easy. For NEET, utilise Balaji Advanced Problems in Organic Chemistry; it’s a fun read for organic chemistry. Study a specific chapter off of an NCERT or State-wide board book carefully. Then continue to accommodate a coaching lecture, such as doubtnut’s. Following that, complete all of the chapter’s worksheets and module problems; if you complete the aforementioned methods, the chapter will be highly useful and simple. Additional Suggestions are to Read all chapter summaries before heading to any test, and as you read each chapter, attempt to construct questions from each page and paragraph; then, when you revise that chapter, open the questions you prepared while studying. Why not let’s look into what Isomerism is.

Isomerism refers to the presence of molecules with the same number of atoms of the very same type (and thus the identical formula) yet different physical and chemical characteristics. The term isomer comes from the Greek isos plus meros, which means “equal portions.” Isomers, to put it simply, are organic compounds that contain the same components but are not identical. 2 bracelets, each of which has five red as well as five green beads, might be placed in a variety of isomeric configurations based on the sequence of the colours, to use a crude comparison. These five reds as well as five green beads will be the same in each bracelet, but every variant would be unique. Mixtures of those same beads can also be used to attach pendant chains to a bracelet in a variety of ways. Several bracelets with the same red-green arrangement but similar chains linked in different angle come to mind. Isomers would’ve been equivalent to such structures. One’s hands can be viewed as isomeric in a more sophisticated comparison. Each hand has the same kind of fingers; however, a right hand cannot be fully overlaid on a left hand since they are unique. Isomerism also takes into account timing and energy. Molecules are mobile entities that go through a variety of rotating movements that change their form, all of which need energy. As a result, certain molecules might be identical on one timeline or set of energy circumstances while being different, or isomeric, on another. Lastly, an isomer had to be an energy minimal; it should be found in a well of energy. Isomers can be divided into two categories. Constitutional isomers are molecules with varied connections, similar to how the sequence of red and green beads in a basic bracelet varies. Stereoisomers are the second category. The connection is the same in stereoisomers, but the pieces are orientated uniquely in space.

Constitutive (and occasionally structural) isomers comprise isomers that vary in connectivity. They have the same pieces, yet they are connected to one another in various ways. Constitutional isomers are akin to the red and green bead bracelets discussed above. Because there is no alternative method to link the carbons as well as hydrogens of such molecules compatible with the tetravalency of carbon as well as the univalency of hydrogen, the basic hydrocarbons—methane, ethane, as well as propane — have no constitutional isomers. Nevertheless, there seem to be two distinct butanes, C4H10, and then these two molecules constitute constitutional isomers, referred to as butane and isobutane. They’re various molecules with different chemical and biological features. Butane’s four carbon atoms are linked together in a continuous chain.

Stereoisomers, in principle, are isomers with the same compositionbut different orientations of those components in space. Enantiomers, like one’s hands, are exact copies, whereas diastereomers are almost everything. Nevertheless, as previously noted, timing and energy are critical. It’s important to think about a certain type of stereoisomer, the conformational isomer, to appreciate those concerns.

Because methane (CH4) is a symmetrical tetrahedron molecule, it is usually assumed that no isomerism is conceivable. Nevertheless, since methane’s carbon-hydrogen bonds are continually vibrating and bending, an apparent isomerism can be claimed to occur on extremely short timeframes. Such structures, however, do not constitute as isomers since they are not energy minima.

Why Should an Indian Student Go Abroad for Undergraduate Education?

The Differences Between the Different Types of Graduation Caps and Gowns