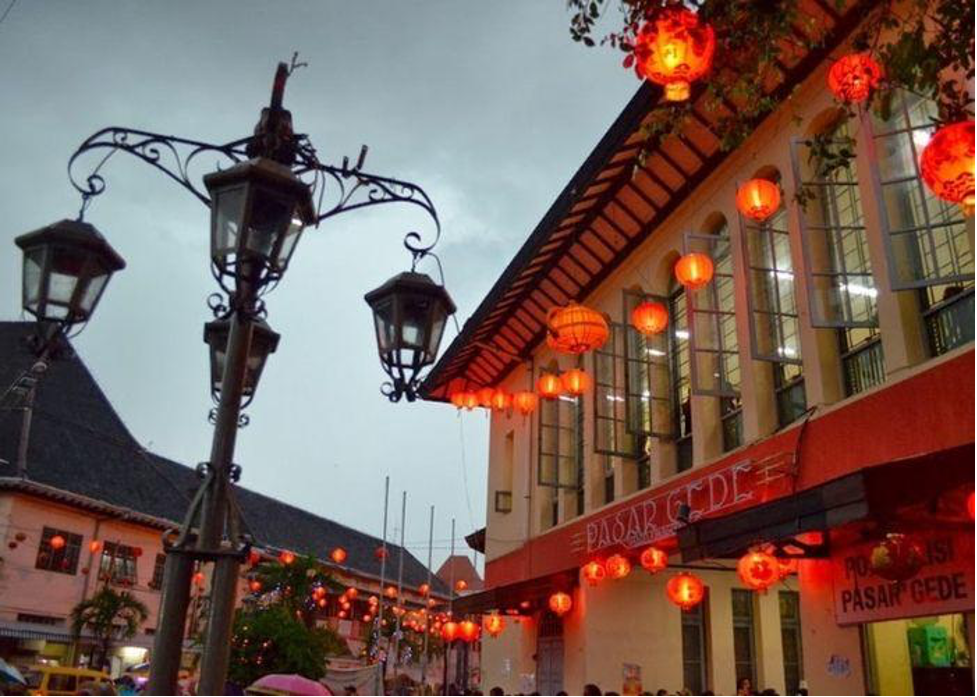 As one of the cities in Central Java, Surakarta or Solo is very thick with Javanese traditions and culture. The solo city was full of history, and was once the center of the Kingdom of Mataram. That’s why Solo has many historical sites that are now attractions.

In addition, Solo is also known as one of the best batik producing areas with typical batik motifs. Solo is also rich in culinary. So there are many tourist choices in solo that can be explored.

Summarized from various sources, here are 8 historical attractions in the city of Solo:

The Surakarta Kasunanan Keraton, which is located in Baluwarti, Pasar Kliwon, the city of Solo is the residence of Sri Sultan who saves a lot of history. In the Keraton complex there are also museums with a collection of casawanan relics, such as antiques, heritage, gamelan, and keraton member equipment. Opening hours of Keraton tours from Monday-Thursday 09.00 to 14.00 WIB, while Saturday and Sunday at 09.00 to 15.00 WIB. While special Friday closes.

Fortress Vastenburg is a Dutch heritage site located in the Gladadan area, Surakarta. The fort was renovated back in 2014 because it had been unused and less well maintained. The architecture is very thick with European nuances. Fortress Vastenburg was once a garrison of the Dutch forces, but now it has become a historical tourist spot. In front of this fort there are culinary snacks and often a place to hang out with young people.

The Keris Nusantara Museum located on Jalan Bhayangkara Number 2, Sriwedari, Laweyan, Solo City is very thick with Javanese nuances. In addition to collecting various types of kris, this museum also shows off traditional weapons from other regions in Indonesia. Please note, that Kris has been designated as a non-established cultural heritage by UNESCO. The Keris Nusantara Museum building consists of four floors. Every visitor must fill in the guest list and can see the information board on the first floor. Then go up to the second floor which is a source of percernation literacy, visitors can get a lot of information about kris. Then on the third floor visitors can see the video of the process of making kris and kris use. Finally, the fourth floor became a place to store a collection of kris.

The Keris Nusantara Museum has a collection of more than 400 kris and various traditional weapons, such as spears and other heritage objects. This historical and cultural tour is open from Tuesday to Sunday.

The Sri Dewi Park complex on Jalan Brigjen Slamet Riyadi Number 275, Sriwedari, Laweyan, Solo has been around for decades. In the past, this area was the place where the night entertainment tradition was held since the era of Pakubuwono X.

The Radya Library Museum is not far from Sriwedari Park, which is on Jalan Slamet Riyadi. This building is an important proof of archiving for Surakarta, where the Radya Library Museum has a collection of various kinds of statues, adat heritage, puppets, traditional looms, gamelan and various ancient books. The Radya Museum is open from Tuesday to Sunday at 08.30-13.00 WIB.

Kauman Solo Batik Tourism Village is located near Klewer Market. Visitors can learn the history of batik, batik motifs, and how to make it. In the former Settlement Settlement Dalem Palace of Kasunanan there are various places that can be visited, such as batik houses, batik showrooms, batik training sites and museums that store batik collections.

The temple or mangkunegaran palace is also one of the relics of the colonial era, where the building has been established since 1757. The founding of this palace is the result of resistance from Raden Mas Said aka Prince Sambernyawa against the Giyanti agreement which divides the two Mataram regions into two.

Raden Mas Said was given his own power area whose power was held at the Mangkunegaran temple. At present, the place that is still managed by Mangkunegara IX is often used as a tourist attraction and often holds cultural performances.

Whether your trips take you to a long stroll on beaches, delicious cuisines, relaxing spas and resorts or urban attractions, extra research will give you the best experience for your visit. Get to know more about Solo by visiting Wonderful Indonesia.

Top 5 Reasons Why You Should Buy an Inflatable Paddle Board